“If you give yourself a little time to focus your eyes and mind, these blades will reveal some incredibly beautiful features.”

During the exhibition at Samurai Art Expo visitors will have the opportunity to see some exceptional swords. Some are immediately striking with beautiful sugata (shape) and breath-taking, complex hamon in billowing patterns, which clearly demonstrate the smith’s skill and mastery of their craft. Alongside these magnificent works will be others that on first appearance seem much more subdued and less interesting. You might be tempted to rush by these quiet and retiring pieces and focus exclusively on the louder “in your face” examples on show. DON’T!!

I had the good fortune to spend some time with a very experienced collector and to look at his beautiful collection of swords several Years ago. Over dinner, he told me a story which I think is worth repeating.

During a visit to Japan many years ago, he was very excited at being offered the opportunity to view a very important sword, a tanto by Shintogo Kunimitsu. He sat in great anticipation with beating heart and slightly sweating palms as this small blade was handed to him. He gulped, steadied his shaking hands and opened his eyes. “Huh?” He described what he was looking at as incredibly boring. He assumed that the blade’s fame was due to its association with a famous Daimyo rather than any artistic merit and left disappointed.

Some years later he was at another viewing and there was also a Shintogo Kunimitsu tanto there. It was so beautiful he said he sat with tears in his eyes studying it. He kept sending his friend back to the other swords so he could spend longer with it. On the 4th trip round his friend asked why he was taking so long as he had seen it before. It transpired that it was exactly the same blade he had dismissed previously. In his words “I was amazed at how much it had changed”. Though, of course it hadn’t really changed. In the intervening years, he had learned a great deal and was able to see the fine detail and craftsmanship that had eluded him during the first encounter.

For almost as long as I have been collecting swords, I wanted to study an Awataguchi blade. Their reputation is second to none; they had everything, I thought. I liked in terms of shape, hada and hamon, so when the chance came to spend some time with one I got really excited. It duly appeared on a dark and miserable January afternoon and I opened the packaging with trembling hands. And behold!! On first examination it was possibly the most boring piece of steel I had ever seen.

I was very confused. From everything I had read and heard about the Awataguchi school and from what I had been told about this sword, I knew that this was regarded as a high quality piece of work. I sat there for a long time, doubting my own abilities. I then became cynical thinking it was another example of the old story of “the Emperor’s new clothes”. I also thought maybe I should consider collecting stamps as a more fulfilling alternative.

Several hours later (actually 6) something changed. I can only explain it as my eyes finally focusing on the very fine detail of what I was looking at. Once I started to see the activity the fine detail became immediately clear. It had all qualities a sword by this smith should have and then more. Every time I have looked at the blade since that moment, I have seen something new. To me, it fully justifies the comment on the sayagaki which describes it as “A masterpiece of the Kamakura period”.

The reason for this somewhat rambling post is to hopefully make the point that we shouldn’t dismiss things on first impressions. When starting out in any field of art, there is a tendency to be drawn to the more dramatic and showy pieces. Their features are easier to see and it is relatively easy to identify and qualify what you are looking at. It is true that there are some very fine artworks, which might be considered “showy” or “Loud” (especially by ultra conservatives such as me!) and I am not in any way decrying the incredible craftsmanship that such pieces exhibit.

Within the exhibition, you will see a number of swords that will have an immediate impact on you when you look at them. Whether it is a flamboyant Bizen hamon or sparkling Soshu hada, you will not be disappointed in what you see.  However, also take some time to look at the quieter pieces, those with a suguha (straight) hamon or incredibly tight ko-itame hada. If you give yourself a little time to focus your eyes and mind, these blades will reveal some incredibly beautiful features. Look for fine activity within the ji-hada and the interaction between the hamon and hada, the activity that runs through both and also look at the shape. Then look at how all these elements come together to create something that is extremely beautiful. To achieve this combination of hada and suguha hamon is incredibly difficult, but it produces an incredibly beautiful result when the smith gets it right.

Whether you prefer the quieter work exhibited in Yamashiro and Yamato pieces, or the more flamboyant examples from Bizen, Soshu and Mino is very much a matter of personal preference. Liking one certainly does not exclude you from appreciating others. However, make sure you give yourself the time to look properly at these quieter, more subdued works. You might be surprised at how much there is to see!

During the exhibition, there will be collectors on hand who I am sure will be happy to describe and explain what is on display and to point out the features that make these swords stand out in terms of quality and craftsmanship. 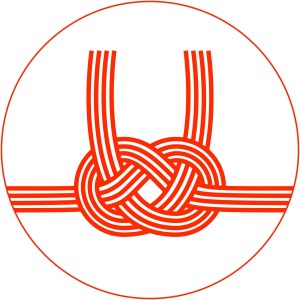 Daisho Koshirae from the Edo period

Exhibited at the Tokyo National Museum exhibition Uchi-gatana koshirae in 1980. The following is a compilation of earlier post highlights, supplemented with confirmed exhibits and images. All of these works will be on display on Saturday 16th June at our educational events. This is part 2 of 3 of our comprehensive list of exhibits, which will be published over the coming weeks. Even so, it is still incomplete and further exhibits will be added as they are confirmed. Alongside the excellent display of Iron Tsuba, we will have some beautiful examples of soft metal workmanship. O-Wakazashi Omi no  Kami  Minamoto  Hisamichi Tokubetsu Hozon 2000.   A member of the Mishina school, Hisamichi produced very individualistic work incorporating beautifully refined hada. This piece showcases his work at its best. Several Higo koshirae from the Hosokawa- and Matsui-Family heritage with provenances of famous Japanese collections will be shown.

Juyo Token. Yamato blades are rare, Hosho blades incredibly rare. In more than 35 years of collecting I have only seen one other Hosho daito and that was a designated Tokubetsu Hozon in Japan at the DTI. This is the first Juyo example I have ever seen.

Juyo Token 52. Kunihiro is regarded by many as one of the fathers of Shinto. This piece shows exceptional workmanship and it is easy to understand why it was awarded Juyo status.

45th NBTHK Juyo. Another stunning Shinto masterpiece by a smith that is too often overlooked.

The Naoe- Shizu school was founded by pupils of Kaneuji. Their work offers an interesting illustration of the transition from the early Yamato-Shizu work to the mature Mino style. This is an excellent example of their work. It is shown together with its koshirae, which is of very high quality.

The following is a compilation of earlier post highlights, supplemented with confirmed exhibits and images. All of these works will be on display on Saturday 16th June at our educational events.

This is part 1 of 3 of our comprehensive list of exhibits, which will be published over the coming weeks. Even so, it is still incomplete and further exhibits will be added as they are confirmed.

Alongside the excellent display of Iron Tsuba, we will have some beautiful examples of soft metal workmanship.

There are few signed tachi by Yoshimune and this is the only tokubetsu Juyo example. Another one is Juyo bunkasai, which is the property of  Tsukubasan-jinja (Prefecture Ibaraki) and belongs to the ex-collection of the Daimyo Family Yanagisawa. Published.

A daito with three attributions to the smith, including a sayagaki by Tanobe Michiro Sensei, in which he describes it as “A Master Work of the Kamakura period”.
There are eight Norikuni blades on the Juyo register. Four of them are tanto, three of which have progressed to Tokubetsu Juyo. There are three Juyo bunkasai and three Juyo bijutsu-hin and one, a signed daito, Kokuho.

Made to celebrate the 2600th anniversary of the founding of the Empire.  It is a copy of the famous Heian period work of the same name.

Designated Juyo Token at the 13th shinsa held in 1965.

The blade has a faint shu mei and a Sayagaki by Honami Kozon attributing the work to Aoe Tsunetsugu. The accompanying papers confirm this is a smith working at the end of the Kamakura period, not the ko-Aoe smith of the same name.

Designated Juyo Token at the 46th Juyo shinsa held in 2000.

The blade has a sayagaki By Tanobe Michiro sensei describing it as “An important treasure from the beginning of the Nambokucho period.”

Naotsuna is listed in some references as one of Masamune’s 10 brilliant pupils. Whether he studied under the master or not, his works show incredible Soshu influence.

Considered by many to be the best Masahiro, the Nidai was the contemporary of Omi Daijo Tadahiro and worked closely with him.

His work is of exceptional quality even when viewed alongside other Hizen work.

You can find out more about which cookies we are using or switch them off in settings.

This website uses cookies so that we can provide you with the best user experience possible. Cookie information is stored in your browser and performs functions such as recognising you when you return to our website and helping our team to understand which sections of the website you find most interesting and useful.

Strictly Necessary Cookie should be enabled at all times so that we can save your preferences for cookie settings.

If you disable this cookie, we will not be able to save your preferences. This means that every time you visit this website you will need to enable or disable cookies again.